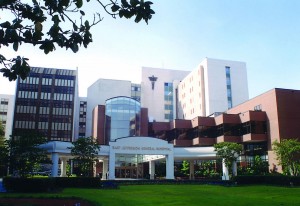 In the late 1960s, community leaders saw the need for a healthcare facility to serve the burgeoning population of the East Bank of Jefferson Parish and subsequently officials broke ground on 20 acres of undeveloped swampland that would become East Jefferson General Hospital. On February 14, 1971, the hospital opened its doors with 250 beds and 250 physicians.

East Jefferson General Hospital is accredited by the Joint Commission on Accreditation of Healthcare Organizations. In 2002, East Jefferson General Hospital was honored as Louisiana’s first Nurse Magnet Hospital by the American Nurses Credentialing Center. This award is given to hospitals that demonstrate excellence in patient care and provide a superior environment for professional nurses.

Continuing its tradition of evolving with the needs of the patients that it serves and continually improving the quality of care provided to its patients, East Jefferson General Hospital has engaged in collaborative efforts with the Gulf South Quality Network, L.L.C. to develop and operate a clinically integrated physician network in the Gulf South region. East Jefferson General Hospital recognizes that the most effective care is care that is coordinated between the inpatient, outpatient, and physician office settings. East Jefferson General Hospital firmly believes that collaborating with a clinically integrated physician network will complement and amplify its ongoing efforts to ensure that the best care is available to the members of its community.

East Jefferson General Hospital is your community hospital. As they have been for more than 30 years, if you need them, they’ll be here. 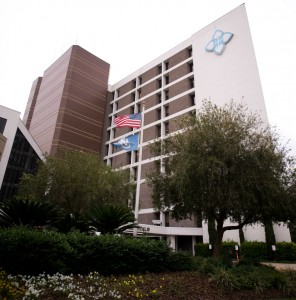 Lake Charles Memorial Hospital opened in 1952 as a 100-bed facility and has grown to become the quality healthcare leader in southwest Louisiana. Today, our health system includes 301 licensed beds on our main Oak Park campus, 38 beds at our Women’s campus, 29 beds at our long-term care facility, Memorial Specialty Hospital, and outpatient clinics serving uninsured and under insured at the Moss Memorial Health Clinic.

Behind our success is a dedicated team of nearly 2,800 employees, over 90 affiliate specialists that are a part of the Memorial Medical Group and our 300 staff physicians representing more than 60 specialties and subspecialties, as well as the largest critical care and emergency department in southwest Louisiana.

Memorial is also the area’s only teaching facility for physicians through the Memorial/LSUHSC Family Medicine Residency Program, and as a clinical training site for nursing, medical technology and radiologic technology students through various universities, including McNeese State University.

Memorial is fully accredited by The Joint Commission, an independent, not-for-profit organization that certifies more than 15,000 healthcare organizations. Joint Commission accreditation is recognized nationwide as a symbol of quality reflecting a commitment to meeting certain performance standards.